The cycle of “Plous” is formed by a module of nine prosopa . Each one of them constitutes a heterocity and expresses the truth of prosopon in its own unique way.

“Except a corn of wheat fall into the ground and die, if abideth alone: but if it die, it bringeth forth much fruit.” John 12:14

The cycle of “Plous” is formed by a module of nine prosopa . Each one of them constitutes a heterocity and expresses the truth of prosopon in its own unique way .

The prosopon implies not only the freedom of having different roles in life, but above all the freedom of being yourself. This means that a prosopon is not subject to rules and stereotypes. It cannot be classified in any way. Its uniqueness is absolute. Only a prosopon is free in the actual sense of the word.

The prosopon, as a deep and unconfused communion-in-heterocity is at the same time the individual and the communion, the one and many, the “I” in its plural sense. The essence of the prosopon comes together exactly in being the revelation of truth, though not as essence and substance, but as a way of existence which brings together in its existence the universal human nature transcending it at the same time, since the manner of its existence is freedom and heterocity.

The prosopon is an identity that emerges through relation. It is heterocity in communion and communion in heterocity. It is an “I” in perpetual motion, able to exist only if it relates to a “you”, something which affirms its being (its hypostasis) and its heterocity. If the “I” gets isolated from “you,” then it loses not only its heterocity, but also its very own existence.

In this way, the prosopon is above all and most of all, a heterocity “in voyage.” It is an “I” that has opened sail, has set off shore and is traveling to meet a “you.” 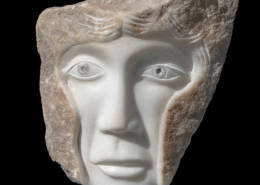 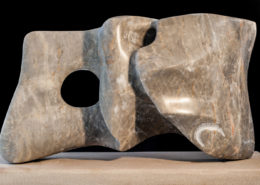