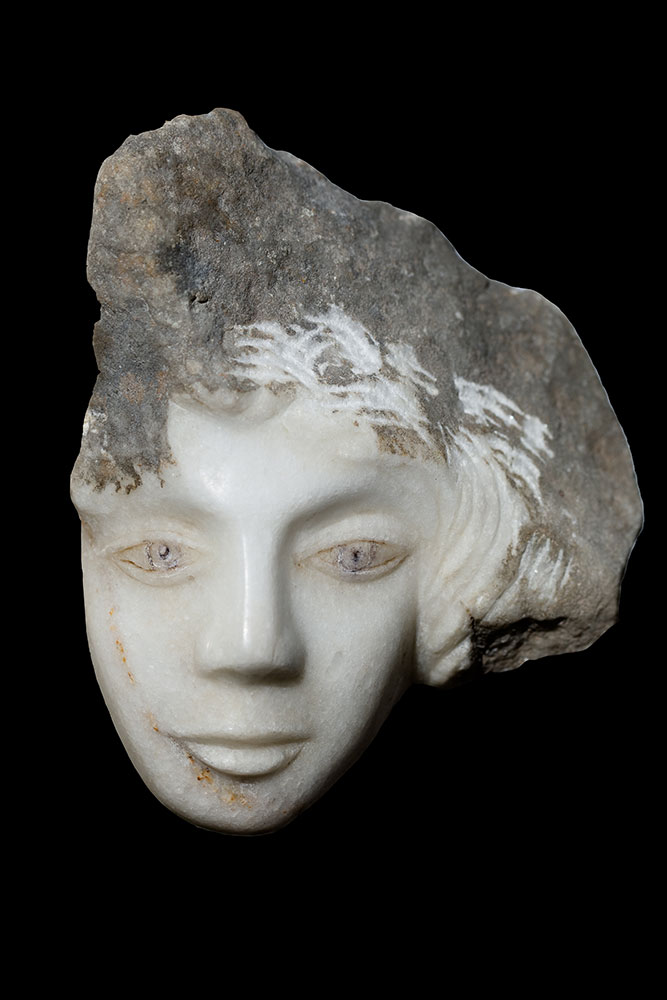 The figure on this four drachma coin
who seems to have a smile on his face-
his beautiful, delicate face-
this figure is Orophernis, son of Ariarathis.

A child, they threw him out of Cappadocia,
out of his great ancestral palace,
and sent him to grow up in Ionia,
to be forgotten there among foreigners.

Oh those exquisite Ionian nights
when fearlessly, and entirely in a Greek way,
he came to know sensual pleasure totally.
In his heart, Asiatic always,
but in manners and language, a Greek;
with his turquoise jewellery, his Greek clothes,
his body perfumed with oil of jasmine,
he was the most handsome, the most perfect
of Ionia’s handsome young men.

Later, when the Syrians entered Cappadocia
and made him king,
he became fully engrossed in his kingship
so as to enjoy himself in a new way each day,
greedily hoarding gold and silver,
delightedly gloating over
the piles of wealth glittering before his eyes.
As for worrying about the country and running it-
he had no idea what was going on.

The Cappadocians quickly got rid of him,
and he ended up in Syria, at the palace of Dimitrios,
where he spent his time amusing himself and loafing.

But one day unfamiliar thoughts
broke in on his completely idle life:
he remembered how through his mother Antiochis
and that old grandmother Stratoniki
he too was connected with the Syrian crown,
he too almost a Selefkid.
For a while he gave up lechery and drink
and ineptly, half dazed,
tried to start an intrigue,
do something, come up with a plan;
but he failed pitifully and that was that.

His end must have been recorded somewhere only to be lost;
or maybe history passed over it
and rightly didn’t bother to notice
anything so trivial.

The figure on this four drachma coin,
something of whose young charm can still be seen,
a ray of his poetic beauty–
this sensuous image of an Ionian boy,
this is Orophernis, son of Ariarathis.